A Democracy to Come? Investigating Change in Alternative Organizations

The economic instability and uncertainty caused by the 2008 financial crisis has encouraged many individuals and groups to re-evaluate the type of society that they wish to live and work within. Evidence increasingly shows that workplaces with less hierarchy, more democracy and greater employee empowerment can not only ensure a more balanced and sustainable economy but can lead to a healthier and happier workforce.

The opportunity to work in organisations with fair rates of pay, rights to participate in decision making and the freedom to craft your own job without managers interfering should no longer be seen as a remote possibility. Numerous employee owned companies including Accord and Gripple, and co-operatives such as Unicorn and Infinity, operate in a way that claim to make these things a reality. Many more companies are going yet further, embracing radical decision making procedures that permanently re-distribute power away from managers ensuring that employees are treated, remunerated and rewarded in a fair manner.

However, for traditional organisations tempted to make the transition to operate in a more democratic way, it is not a simple and straightforward path to take. Transformational change is notoriously risky and unpredictable with new and established companies feeling vulnerable, perhaps convincing them to stick with the familiar. Despite a government bill in 2012 supporting the development of co-operatives and calls for a ‘John Lewis society’ reflecting a more moral and responsible capitalism, various obstacles stand in the way of companies wishing to make the change.

One of the main challenges is a lack of information available to organizations about what to expect when initiating the transition to become alternative organisations. In short, there was – and there remains – not enough research being conducted in to: a) how organisations can make the transition from top-down hierarchical workplaces to adopt more democratic structures with increased employee power; and b) the opportunities and challenges that organisations face once they have made the transition and are attempting to initiate and pursue change with less hierarchy and more employee freedom and control. This lack of evidence about change makes it a much riskier and unpredictable process for those considering whether to embrace different models of organisation in the workplace, and holds back progress leaving the economy unbalanced.

Funded by the ESRC for three years under their Future Leaders grants scheme, my project – “A Democracy to Come?” – explored these issues by investigating change across a wide range of democratic companies. In exploring these organisations, the project will utilise interviews, observations and action research to provide an account of the opportunities and challenges faced by employees, elected leaders, coaches and HR professionals whilst adopting and sustaining a democratic organisation.

The research project started officially on 1 February 2016. The first nine month phase of the project involves working with postdoctoral research assistant, Dr Nick Piper, to interview approximately 40 change-practitioners who enter “alternative” organisations and coach them towards greater democracy at work. It also involved training to become a holacracy and sociocracy practitioner, which will extend experience and understanding of the formation of these radical models of organisational decision making.

The aim of this phase of the project was to build knowledge about change within alternative organisations but also to strengthen dialogue between the academic and coaching/practitioner communities. While management scholars – largely from a Critical Management Studies (CMS) perspective – have worked effectively to attack hierarchical models of organisation there is widespread agreement within the community that more could be done to make it more practical and relevant. In this sense, there is an unhelpful gap between the radical theoretical critique being provided by the CMS community and the democratic organisations and coaches employing practices “on the ground” that are creating alternative workplaces.

One of the key outputs of this phase of the project, therefore, was an academic-practitioner co-produced publication which documents opportunities and challenges of creating alternative organisations. A book proposal (involving both practitioners and academics) has been submitted (and re-submitted) and more news on this will be forthcoming soon! This publication will provide a foundation for the project by bringing two communities with similar goals and ideals closer together whilst stimulating ideas.

Ultimately, the main purpose of the project is to explore democratic workplaces where change isn’t a temporary, imposed measure or ‘program’ but with the help of coaches is woven in to the very fabric of the organisation as a change ‘platform’. We plan to explore different types of radical change platforms in alternative organisations and in doing so co-produce a critical account of change with practitioners that can be used by organisations wishing to become more democratic. We will provide evidence of best practice in the creation of democratic organisations in a manner that not only has the potential to directly inform interventions and change behaviour within the workplace, but does so in a way that empowers individuals and groups so that they can have greater control over their working lives. 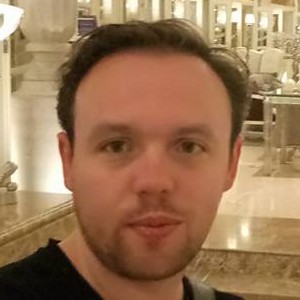 Cultural Perceptions of Work and Organization.
Research within Workplace Democracy.